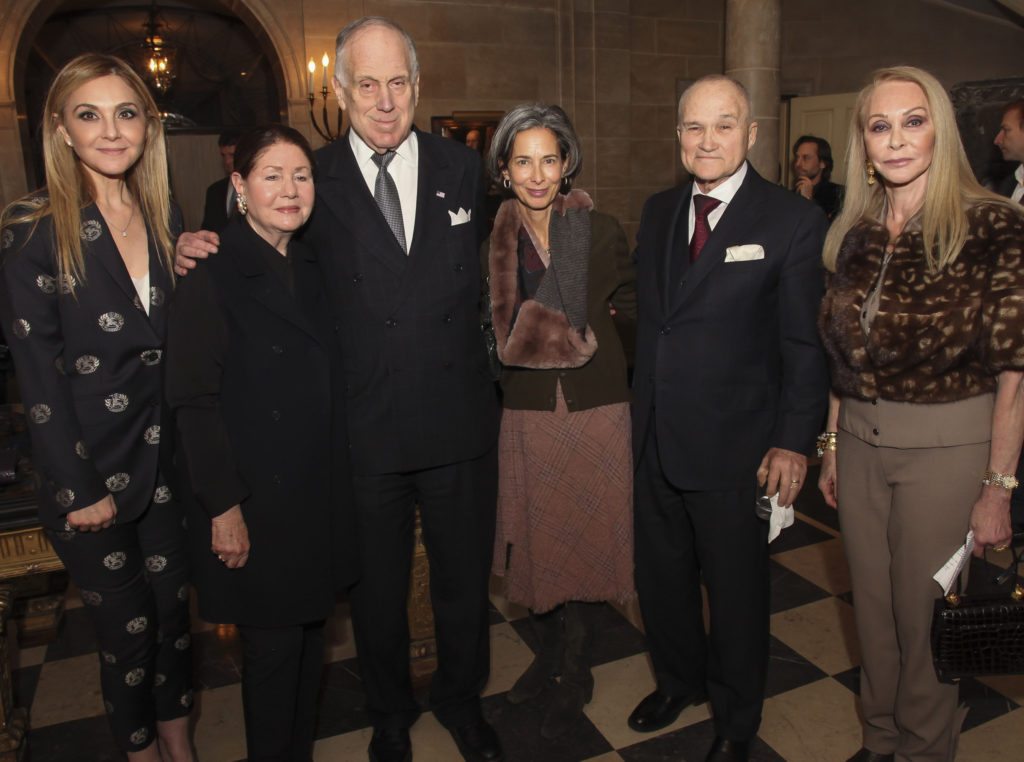 NEW YORK, Feb. 15, 2019 /PRNewswire/ — Ambassador Ronald S. Lauder welcomed over 70 guests to his townhouse Monday night in advance of the UN Women for Peace Association’s upcoming Awards Luncheon on March 1, 2019, to be held at the UN Delegates Dining Room.

Ambassador Lauder, who hosted with his wife, Jo Carole Lauder, told the crowd that it was especially meaningful to host the event at his childhood home, which once belonged to his pathbreaking mother, Estée Lauder.

“My mother spent her life lifting women up and empowering them to achieve greatness. I know everyone here shares that mission, and I thank you for all that you do to end violence against women,” Ambassador Lauder said.

UNWFPA President Barbara Winston said: “Technology and humanity have to meet in order to provide the world with the courage and ambition to give each person their inalienable rights.”

“The UNWFPA is a vital organization devoted to raising awareness about the violence and indeed the atrocities perpetrated against women throughout the globe,” said Commissioner Kelly.

This year’s Awards Luncheon will honor actor, writer and activist Ben Stiller; activist Leslee Udwin, CEO and founder of Think Equal; fashion designer Naeem Khan; and international philanthropists Albert and Deidre Pujols. UNWFPA will recognize Changemakers and Educators Marc Brackett Ph.D., Founding Director of the Yale Center for Emotional Intelligence, and Robin Stern Ph.D., Co-Founder & Associate Director of Yale Center for Emotional Intelligence. Together UNWFPA, Yale and Facebook are bringing awareness to the importance of integrating social and emotional well-being into schools, families and communities as a pathway to peace around the world.

UN Women for Peace Association was founded in 2008 under the patronage of H.E. Mrs. Ban Soon-taek, the wife of former UN Secretary-General Ban Ki-moon. The organization, which is led by Chair Dame Muna Rihani Al-Nasser and President Barbara Winston, helps to advance the goals of academic and charitable organizations that provide opportunities for women to partake in the global peace-building process through social, cultural, education and women empowerment programs.

Tickets and Tables for the Awards Luncheon on March 1 are still available for purchase at https://www.unwomenforpeace.org.